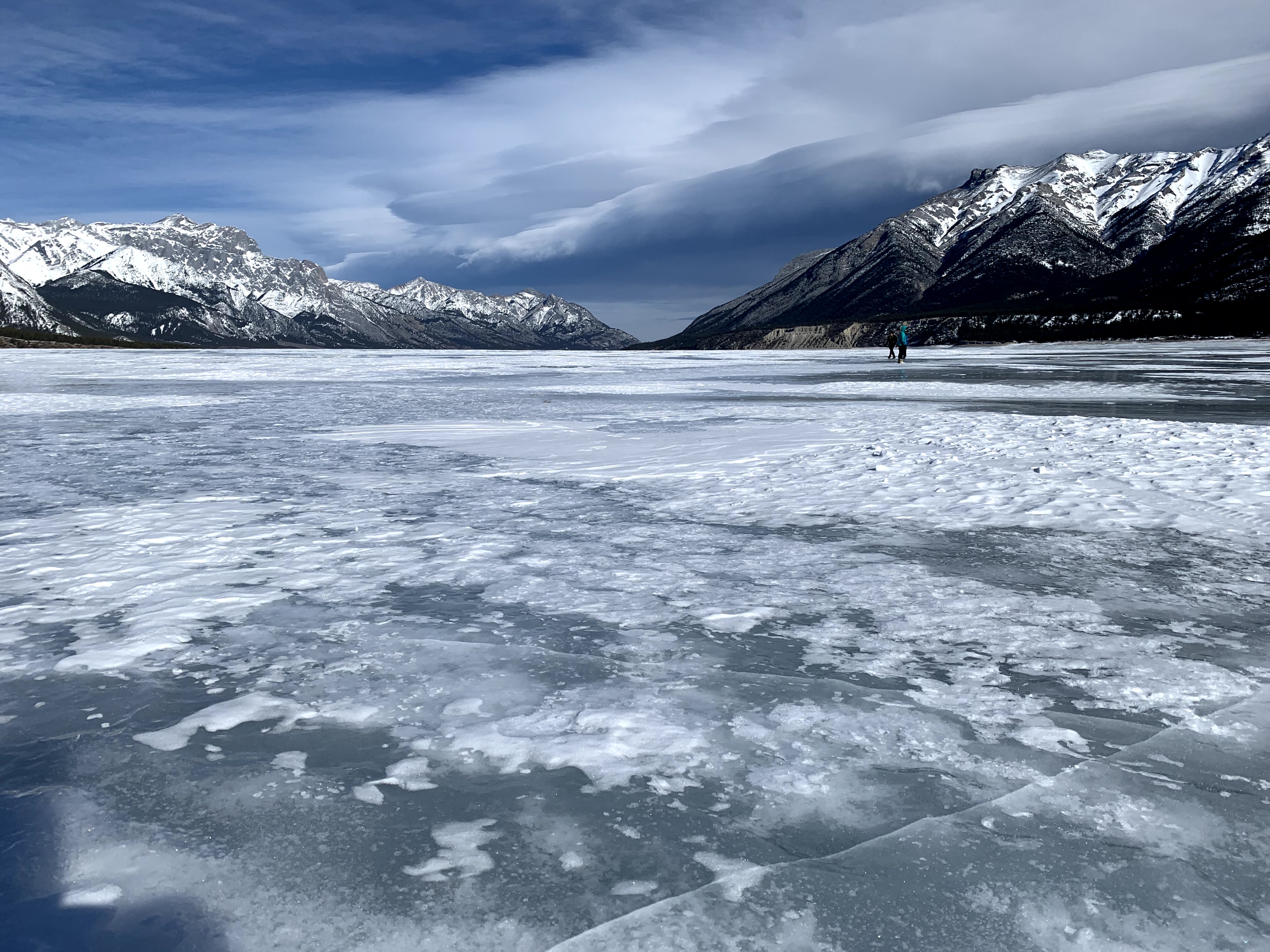 Being in Canada, especially in Calgary, means I am surrounded by beautiful national parks and nature. Since this past week was our reading break, my friends and I decided to go on a road trip to see what Alberta and British Columbia had to offer in terms of skiing and hiking. We spent a week traveling from Calgary to Fernie, Golden, Banff, and Jasper by car. There were 14 of us so we commonly stayed in hostels or shared motel beds to fit everyone; not to mention we rented three cars. When it comes to traveling we are all on exchange, so we were all worried about not spending too much money, which can explain the hostels and shared motel rooms. While some may not feel comfortable in these types of sleeping accommodations it was nice to have our entire group together at night sometimes, and each place cost between $25-30 per night. In terms of cars we used an app here called Turo that allows you to rent cars straight from the owners, making it cheaper and allowing people under 25 to drive unlike most rental car companies. Altogether, after splitting up expenses such as gas, groceries we shared, etc. the trip only cost about $300-350 for the entire week.

While money is important, I think the journey is more important. Our group was so large we were able to split up and have half the group skiing and other half hiking almost every day. Since I was commonly hiking, since I enjoy it more than skiing, I saw some beautiful trails and land. In Fernie only two of us went hiking, since some people had some last-minute homework to do. That day we hiked to the Fairy Falls, trudging through snow up to our calves. While cold it was beautiful and a very easy hike for those who aren’t used to the harsh cold while exercising. From Fernie we went to Golden, and on the way made a pit stop at the world’s largest paddle! While very random, it was a very fun stop that and a memory we can all look back on with laughter. In golden we did another snow hike that was supposed to be to a frozen waterfall, yet after two hours lost in the woods we decided to turn around and head back to the car (never forget to save the hiking trail map to your phone!).

Those were the last of our snowy hikes and we headed from Golden to Banff, where all 14 of us went skiing together. I was worried since I hadn’t been in about five years but my friends who have been skiing for a while now helped me get down the mountain. I surprisingly picked it back up quite quickly and was able to move from green slopes (the first level) to blues (the second level) by the end of the day! I will say skiing is very tiring so be prepared to be sore after your first few times. Since we had to leave directly from Sunshine Ski Resort to Jasper National Park, we were all exhausted and it was a very long drive. I would highly recommend staying in a hostel like the YWCA Hostel in Banff after skiing there so you don’t risk falling asleep at the wheel. Also, for anyone with existing injuries, I would recommend letting anyone you are with know before going up the mountain. While it may be breathtaking from the top, you and your friends don’t want to worry about the snow patrol having to take you down the mountain. We have a friend who got injured trying to snowboard and they had to take her down the mountain. When asking about previous injuries they learned she had broken both wrists several times and probably shouldn’t be snowboarding! 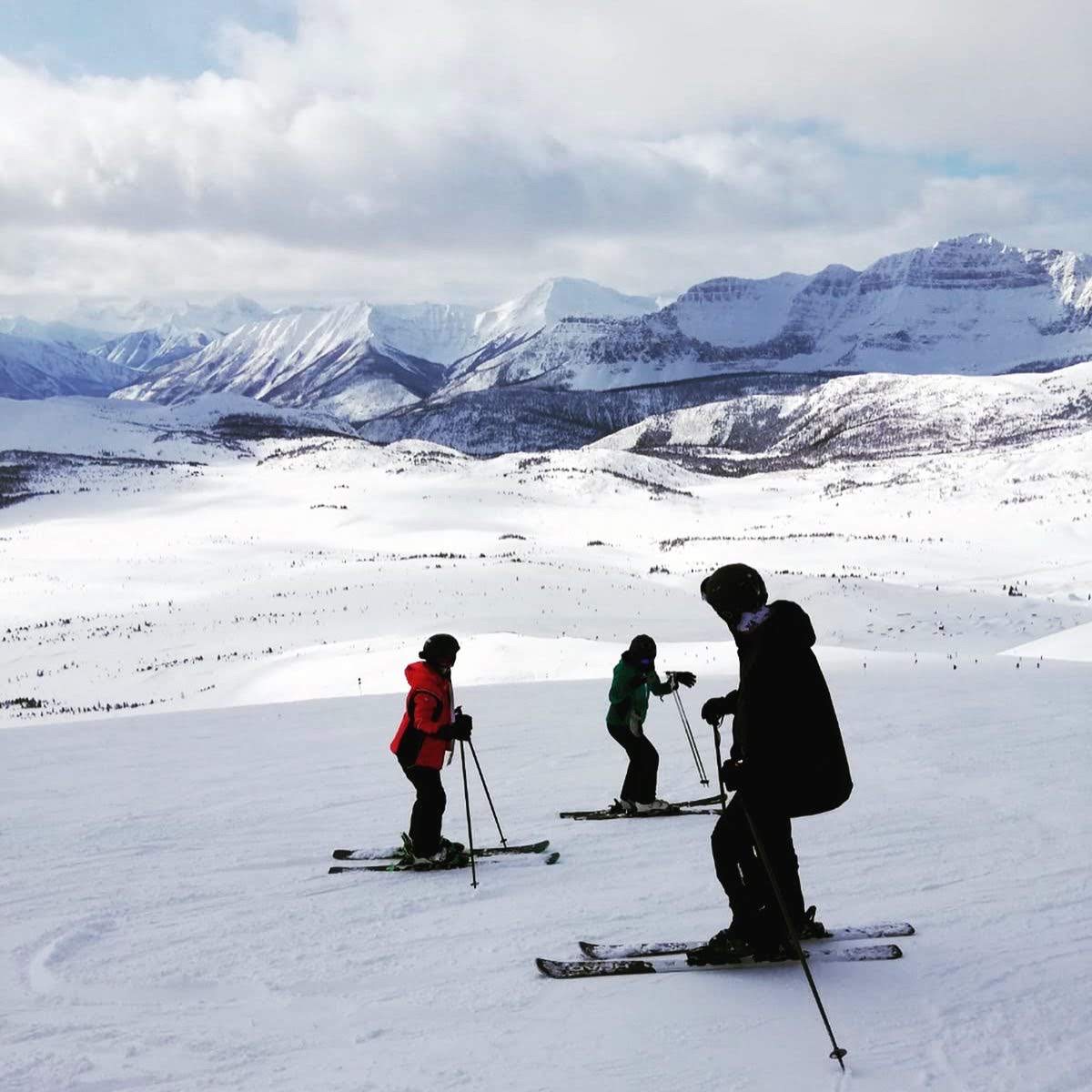 After Banff we headed to Jasper where we all hiked together, but one thing we didn’t know about was the icy trails! The road to Jasper is called the ice highway due to the roads commonly being frozen over, so this should have been an indication but we didn’t have the proper shoes for some of the hiking. On our first hike I didn’t wear the proper hiking boots and was slipping constantly, while my friends were doing alright in their hiking boots they were also struggling. We were told we needed spikes or cleats for the ice but we didn’t listen and continued on the path. Part of the way through I slid and fell on a knee I had injured in soccer, that continually hurts when overworked, and it hurt very bad. I had to limp the last three miles of the hike up a mountain with the help of my friends and it was a bad day. After the injury I had to spend that night and the next day in the hotel while my friends ran errands or went on other hikes. It was not how I imagined the last couple days of my trip but I didn’t want to make it worse so I used the time to study for some exams coming up this week. Wearing the right equipment and looking up the conditions of trails before you leave for the trip is very important and could stop an accident from happening. Safety really does come first, especially when on the side of a mountain with a canyon on one side!

While it is nice to finally be home, it is important to go on trips like this throughout your time away. There are always ways to save money whether it is staying somewhere cheaper, buying and splitting groceries to save on eating out, or maybe skiing one less day than you hoped to not break the budget. I can guarantee no matter what you are doing or where you are going, if you go with the right people these small things won’t matter as much. The time you are on exchange flies by so spend it exploring new places when you have the time off school!