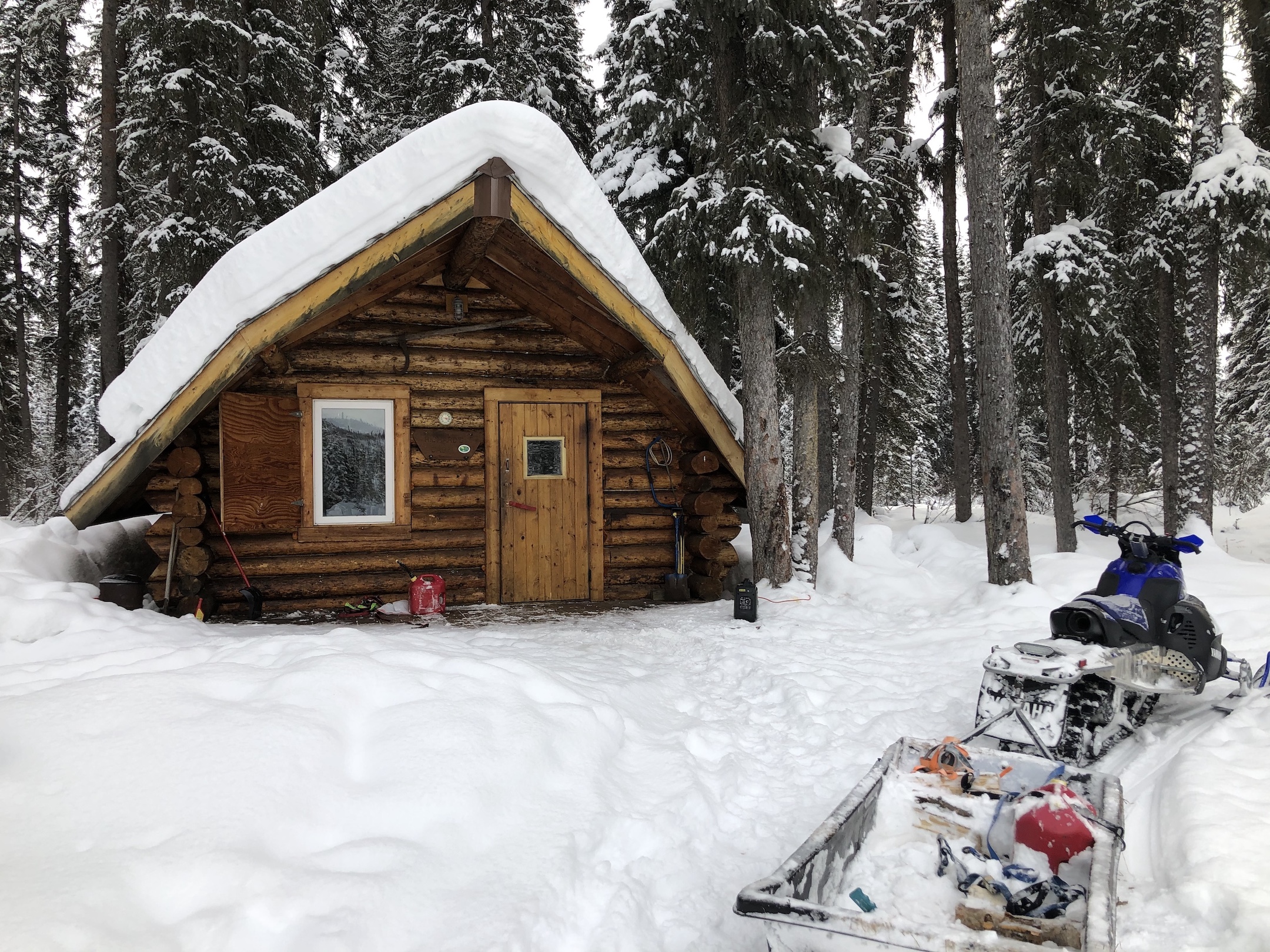 With all of the craziness surrounding the globe right now, I had a much-needed getaway this past weekend. My aunt, uncle, and cousin took me out to the mountains for a few days to visit two different cabins. I had so many new experiences and took so many pictures.

The trip started with packing up the truck and trailer to drive about an hour out of Fairbanks where we parked the truck. We unloaded the snowmobiles (referred to as snow-machines in Alaska) and loaded the supplies onto the sleds, suited up in all of our winter gear, helmets, and goggles and we took off on a little over an hour ride to a cabin in the White Mountains. I had never ridden a snow-machine before and it was a super cool experience. I was riding on the back of a two-person with my cousin. It was getting dark as we left, but I was still able to see the beautiful mountains for a little while. The first part of the ride was really bumpy but then it smoothed out a little bit.

When we arrived at the cabin, it was dark and snowing. I looked up at the sky and, with the little light from the snow machines, I could see the trees and the snow falling between them towards the ground. It reminded me so much of Christmas. My uncle opened the cabin and disappeared into complete darkness. He turned on his headlamp to start a fire while the rest of us started to unpack the sleds. This cabin was modernized in the sense that it had a cord for a generator so we could have lights that were on in the cabin and we had a working outlet. Once the fire was going and the lights were on we had a few snacks, which was so nice because we had not eaten in a few hours.

There were two things that we did not have: cellphone service and running water. Neither of those were really issues for me, but I do have to say that the outhouse was definitely something else. I had never used one before and it was almost comedic walking out to it for the first time with a headlamp on and toilet paper in my hand. 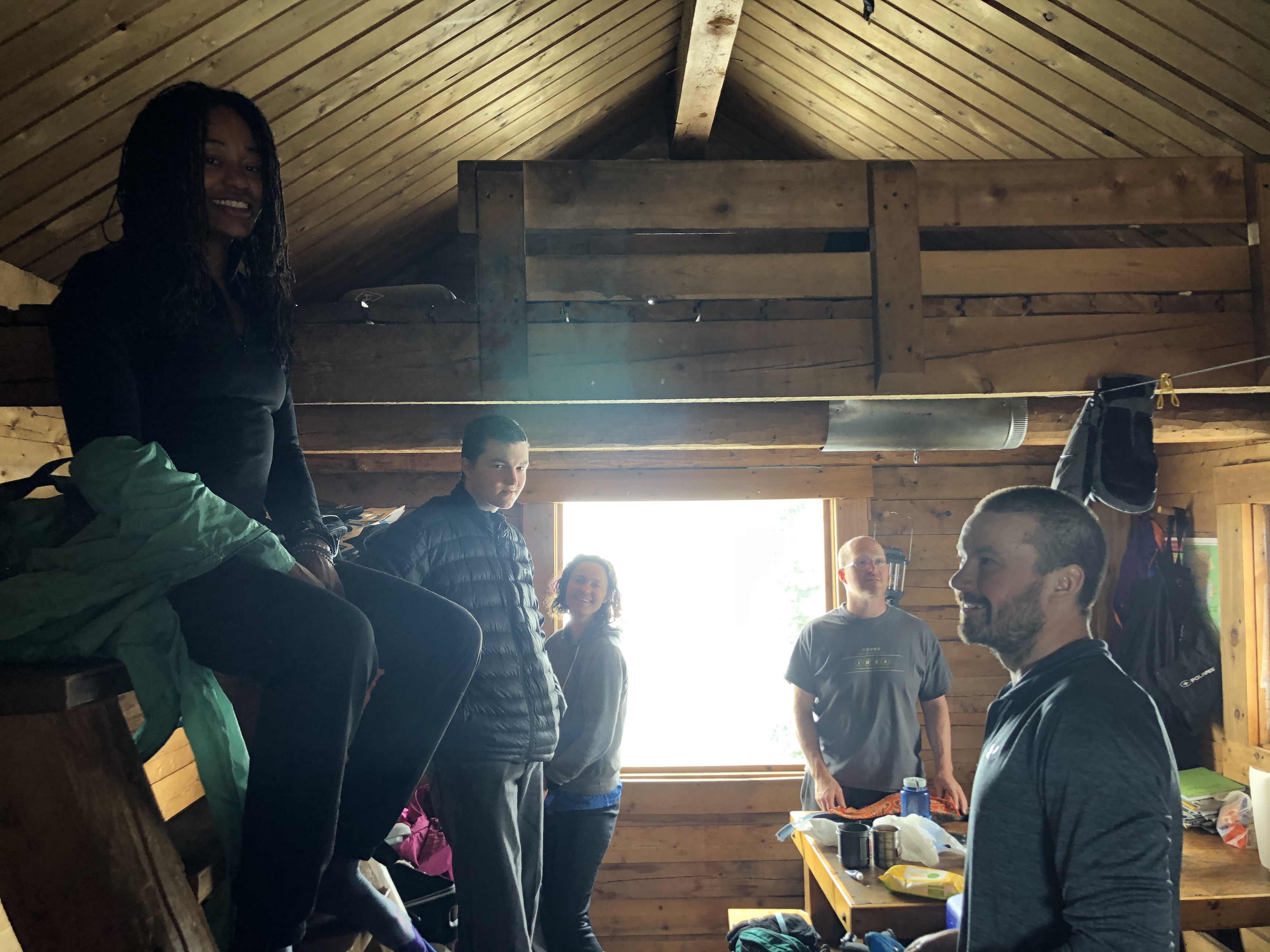 After finishing our snacks and getting settled in, we lounged and chatted for a bit before going to bed. We woke up the next morning and had cinnamon rolls that my aunt made on this little propane stovetop. We packed up everything shortly thereafter and snow-machined back to the truck to meet up with my family’s friends who were going to join us at the Cache Mountain cabin. We left on our snow-machines for another hour plus ride to Cache Mountain. 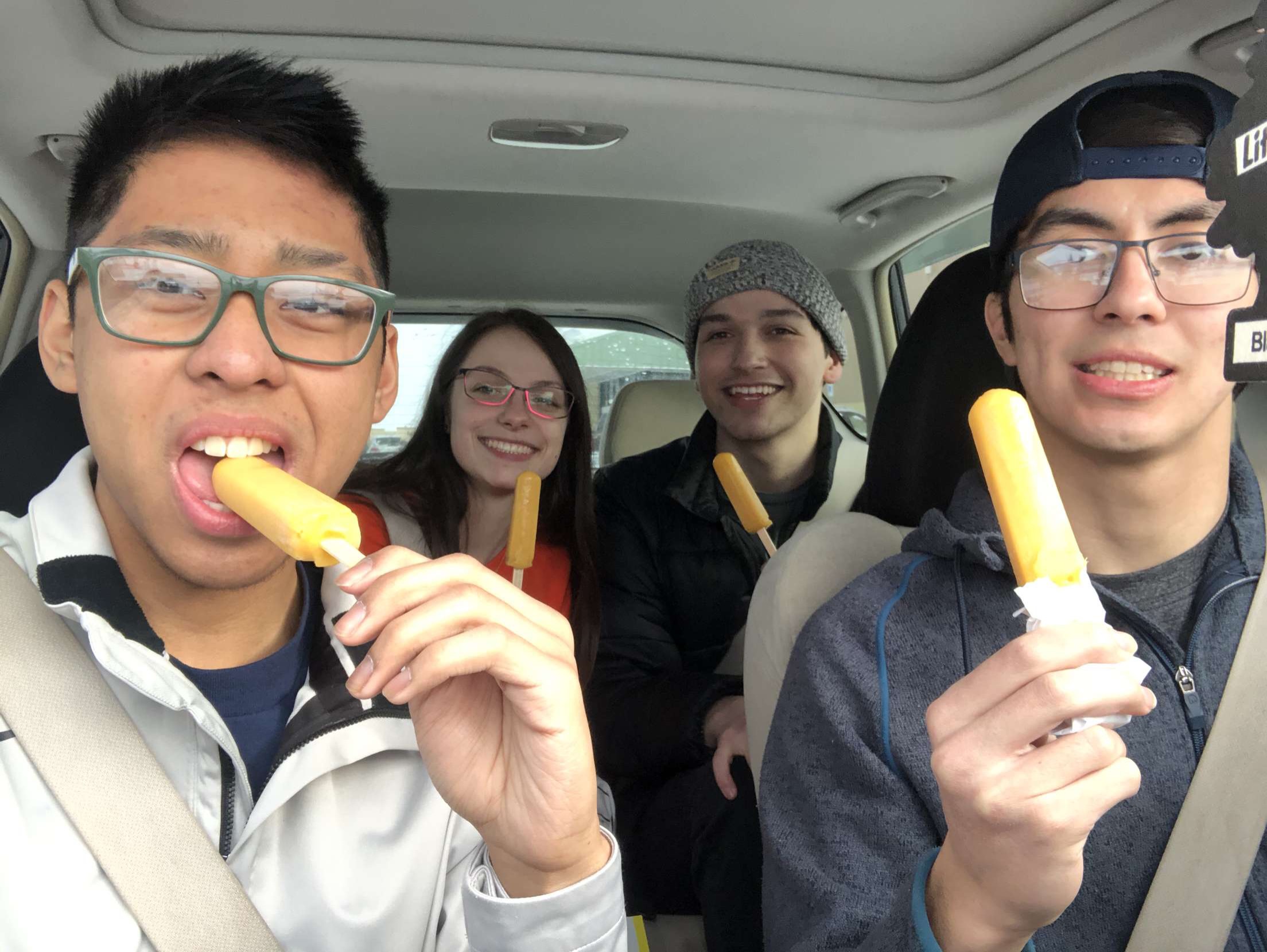 I learned to drive a snow machine for the first time. It was nothing too adrenalin-inducing, but it was really fun and now I can say that I have done it. We also took some beautiful pictures of the sun shining on the mountains; the beauty was so overwhelming that it made me emotional. Although I took a lot of photos, none of them do justice.

This outhouse at this cabin had a moon cut in the door and probably the most beautiful view I have ever had while going to the bathroom. It was very beautiful, yes, but it was just so funny that that was my view while using the restroom!

I am so incredibly glad to have gone on this little weekend getaway. I will never forget the new things that I was able to do, no matter how weird they were, and the memories that I made. It was so nice to spend time with family as well. Hopefully, I get to do another trip like this in the future.