University of Hawaii at Hilo

University of Hawaii at Manoa

University of Maine at Farmington

University of Nebraska at Kearney

Rutgers School of Arts and Sciences 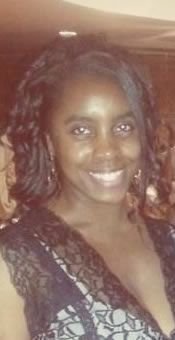 I did not want to look back and see that my exchange process was something that was made up of extracurricular activities, but of an opportunity to leave my mark on the Colorado Springs campus and the community.

The UCCS' coordinators, Heidi and Margie allowed for not only me, but for the entire Spring 2015 semester students to have a smooth transition to the University of Colorado Springs. Their love and support for the students showed immediately at our student exchange orientation. There I learned about the opportunity for three interns to be chosen to preside as leaders for the UCCS' exchange program. After applying to the internship I was called in for an interview where I was hired for one of the positions. I counted this to be the foundation to my success at the University of Colorado Springs and Colorado Springs community. My first question to the coordinators, besides what they expected of me was, "What area needs growth?" The UCCS NSE program had seen a great amount of incoming students but had problems with outreach to outgoing students. This was an opportunity for me to engage with the UCCS family as well as to exercise my marketing skills. I, along with the other two co-presidents, coordinated several fundraisers which included weekly tabling, a speed dating service during the month of February' and an end of the semester social which included a cookout. As for the cookout, I took a proposal to UCCS' Student Government where I was then given all of the funds needed to purchase the food. In the end, we were able to grow the outgoing 2015-2016 class to 50 students.

I found myself becoming more involved within the campus when I decided to take part in the Sona Department which gives postgraduates students the opportunity to do research as well as field experiments in psychology. What first marked my interest to participate was through one of my Psych courses. I took part in experiments ranging from the psychology of aging, social psychology, and abnormal psychology. Abnormal psychology is where I was able to rid myself of the stigma surrounding mental disorders and where I heard of the community program called Break Time. This program allowed me to spend time with 6 year-old Amelia who was diagnosed with autism. I believe I adopted a little sister on that day.

Participating in the National Student Exchange program helped me to discover that I am a person who is driven by the unknown.
I found it to be nothing less than eye-opening and invigorating.

The National Student Exchange has helped me to embody the aspects of the individual I am working to become. As a first-generation low-income student I saw an opportunity to grow as an aspiring scholar in the field of physical anthropology. The issue of under-representation of first generation students enrolled in degree programs has been addressed with limited success across institutions in the United States. While college can be about independence for affluent students, first-generation low-income students view college as a lifeline to better circumstances for themselves and their families.

After a successful petition to the graduate school at Stony Brook University to study at the graduate level, I immediately enrolled in graduate courses in the Interdepartmental Doctoral Program in Anthropological Sciences (IDPAS). My research interests led me to begin working under the dual mentorship of Drs. Jeroen Smaers and William Jungers as a part of two graduate course research projects in the IDPAS: Primate Behavior & Ecology and Advanced Biostatistics & Phylogenetic Comparative Methods. The goal of this research is to provide comparative phylogenetic evidence for when and how human ancestors began to walk upright in evolutionary history. To address this, we examined the effect of different mechanical loading behavior on different limb segments. The results of this study suggest inconsistencies with the findings of previous researchers, prompting several SBU researchers to express interest in the continuation of this research.

My involvement in this project culminated with a published abstract in the proceedings of the 84th Annual Meeting of the American Association of Physical Anthropologists. This project and exposure to graduate education has fueled my continued interest in obtaining a PhD. Therefore, as a direct result of my national student exchange experience I am applying to the IDPAS program at SBU because it will provide me with the means to pursue a doctoral degree in a field that excites me, and it will allow me to continue to foster the exciting commingling of scientific interests and multidisciplinary approaches in a rigorous scholarly environment.

The NSE program has provided me with unique opportunities to conduct research, engage in professional development opportunities, and meet other first-generation students.

The University of Montana was my first pick of exchange school because of their fantastic environmental program and the beautiful state it lies in. During my placement, I was able to complete a semester long carbon research project with my Environmental Policy class. I was able to find solutions for the University of Montana to fulfill their short and long term goals outlined in their Climate Action Plan. My team and I spent endless hours conducting surveys, researching, finding carbon offset providers, building a marketing strategy, writing a proposal, and preparing for presentation. At the end of the semester, we submitted a full written proposal and presented our findings and proposed solutions to our class, selected professors/deans, the Sustainability Committee, and the University President. My team was awarded "Best Marketing Strategy"; one of our carbon offsets was used to partially fulfill U of M's 2015 goal; and a potential for one of our proposed programs to be later implemented.

While at the University of Montana, I was also able to volunteer with the Foreign Student and Scholar Services office. I helped with the annual International Festival such as doing food documentation for all of the vendors. I was also able to get connected with several Japanese students who were taking English preparation courses before taking their TOEFL test. Through this department, I was able to connect with many new who were also studying away from home and also have a joy for international education.

As a result of my NSE participation at U of M, I have definitely added layers to my life experiences. I've made lifelong friends, complemented my home studies with new skills, expanded my environmental education, explored beautiful Missoula, and developed personal skills while studying away from my typical, fasted paced Eastern lifestyle. Montana has a place in my heart and I know I'll visit again someday.